Pride and Prejudice: wealth and social class
0.0 rating based on 12,345 ratings
Overall rating: 0 out of 5 based on 0 reviews.
Anonymous

Text preview of this essay:

This page of the essay has 1,223 words. Download the full version above.

Have you ever been judged by your social position? In “Pride and Prejudice,” Jane Austen gives readers a glimpse inside the immense standards of wealth and class. Set in the tranquil English countryside the novel takes place at the same time when England was fighting for its life against the threat of Napoleon, and all of Europe was entangled in war and political chaos. But no mention is ever made of the imminence of a French invasion in her novels. Pride and Prejudice was written in 1797-1812 and then published in 1813. The purpose of this romantic novel is to make known that class ranks, while ridgid, do not determine one’s character, and that love can overcome all obstacles, including the pride and prejudice of a person.

In Pride and Prejudice there are lots of symbols used to help us better understand the novel. In this novel Jane Austen is able to voice the disapproval towards women in the 1800s through characters like Charlotte Lucas or Mrs. Bennet. Charlotte says “I am not a romantic, you know. I never was. I ask only a comfortable home; and considering Mr. Collins character, connections, and situation in life, I am convinced that my chance of happiness with him is as fair as most people can boast on entering the marriage stage.” (Jane Austen 87) Charlotte only marries Mr. Collins because she put security above marital happiness. She implied this earlier in the book when she was talking about Jane saying, “Happiness in marriage is entirely a matter of chance. If the dispositions of the parties are ever so well known to each other, or ever so similar beforehand, it does not advance their felicity in the least. They always contrive to grow sufficiently unlike afterwards to have their share of vexation and it is better to know as little as possible of the defects of a person with whom you are to pass your life.” (Jane Austen 14) Charlotte represents how most of the women were portrayed in the novel and time period, they don’t believe in marrying for love, but marrying for wealth and status is the goal. Mrs. Bennett can be described as the most captivated with this because throughout the whole book she strives for all of her daughters to marry off into a prosperous family. That’s why when Elizabeth declined Mr Collins proposal, Mrs. Bennet was furious because she wanted them to get married solely because he was a wealthy man, despite his idiotic personality. But when Mr. Bennet says, “An unhappy alternative is before you, Elizabeth. From this day you must be a stranger to one of your parents. Your mother will never see you again if you do not marry Mr. Collins, and I will never see you again if you do.” (Jane Austen 77) Mr Bennet. knows that Mr. Collins is not a good husband to have even with all his money, which Mrs. Bennet can’t look past to see his horrible personality.

Throughout the book Jane Austen pays attention to the manner and style of many of the characters homes or estates. A small-scale home like the Bennets is presented as adequate, though somewhat plain, it is still decent. But compared the homes like Bingley’s at Netherfield Park, Lady Catherine’s estate of Rosings, or Darcy’s home at Pemberley, they showcase their owners enormous wealth and symbolize their high social position. For example Elizabeth describes Pemberley as “It was a large, handsome stone building, standing well on rising ground, and backed by a ridge of high woody hills; and in front, a stream of some natural importance was swelled into greater, but without any artificial appearance. Its banks were neither formal nor falsely adorned. Elizabeth was delighted. She had never seen a place for which nature had done more, or where natural beauty had been so little counteracted by an awkward taste. They were all of them warm in their admiration; and at that moment she felt that to be mistress of Pemberley might be something!” (Jane Austen 163) Based off the description Elizabeth gives just of the outside appearance of Pemberley makes it seem remarkable and definitely belonging to an upper class. Then, saying that it would be something to live there makes houses even more a symbol of wealth and class. But When Mr. Collins came to visit the Phillips’ estate at Meryton, he compares the drawing room to the “small summer breakfast parlour at Rosings” (Jane Austen 51). He explains that in just one of Lady Catherine’s multiple drawing rooms, the “chimney-piece alone had cost eight hundred pounds” (Jane Austen 51). Mr. Collins is a stereotype for wealthy men back then. The Phillips’ estate at Meryton was obviously much smaller than his home but that makes it “ok” for him to talk down on their property. This shows how the houses people have also symbolize their attitudes to some effect.

Pride and prejudice makes you realize that wealth and class in this world don’t matter in the end. In the novel, almost every girl married for money and the standards of their time. But they ended up not truly loving the person they were married to. But if you look at Elizabeth, she was nothing like those girls. When Elizabeth looked for a man, she judged their personality and heart, not their class and money. Her and Jane married for pure love and they lived a very happy life. This theme is so relevant in today’s world, adults and students need to learn that standards and expectations do not matter and when you’re looking for the right one to spend your life with, you need to choose them because you really love them, not because of their position.

In the novel, the main standard of the day was that relationships are determined by wealth and rank. Based on today’s society the high school reader may feel like this isn’t very relatable because we aren’t getting married off in high school, and we aren’t judging people based on their wealth. In the 21st century high school this isn’t as big of a problem as is was back then. Parents aren’t yearning for their children to get married as soon as they can. In fact the average age people get married today is 28 years old. Back then, charlotte was 26 years old and they called her an old-maid and laughed at her because she wasn’t married yet! In school we should read about a more relevant and understandable topic for students today.

Though the novel isn’t as relevant as it could be, it teaches us that reputation does not determine one’s character, and that love can overcome all obstacles, including the pride and prejudice of a person. It reminds us of the stereotypes we are faced with today and the constant challenges we are overcoming. Jane Austen’s work on this novel was wonderful and helps us to remember that people can change, like Mr. Darcy did, and we shouldn’t base out opinions off of preconceptions.

If you use part of this page in your own work, you need to provide a citation, as follows:

These Literature essays have been submitted to us by students in order to help you with your studies.

* This essay may have been previously published on Essay.uk.com at an earlier date.

Please note that the above text is only a preview of this essay. 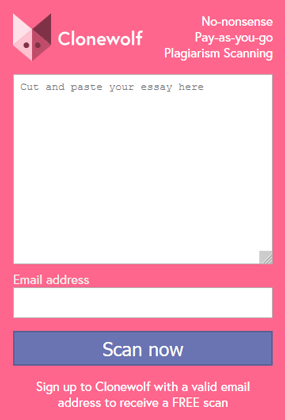 Yes! EssaySauce.com is a completely free resource for students. We do NOT offer any paid services - please don't ask! You can view our terms of use here.

All of our essays are donated in exchange for a free plagiarism scan on one of our partner sites. However, despite displaying clear terms on our sites, sometimes users scan work that is not their own and this can result in content being uploaded that should not have been. Find out what to do if this happens here.

We use cookies on our website to give you the most relevant experience by remembering your preferences and repeat visits. By clicking “Accept All”, you consent to the use of ALL the cookies. However, you may visit "Cookie Settings" to provide a controlled consent.
Cookie SettingsAccept All
Manage consent

This website uses cookies to improve your experience while you navigate through the website. Out of these, the cookies that are categorized as necessary are stored on your browser as they are essential for the working of basic functionalities of the website. We also use third-party cookies that help us analyze and understand how you use this website. These cookies will be stored in your browser only with your consent. You also have the option to opt-out of these cookies. But opting out of some of these cookies may affect your browsing experience.
Necessary Always Enabled
Necessary cookies are absolutely essential for the website to function properly. These cookies ensure basic functionalities and security features of the website, anonymously.
Functional
Functional cookies help to perform certain functionalities like sharing the content of the website on social media platforms, collect feedbacks, and other third-party features.
Performance
Performance cookies are used to understand and analyze the key performance indexes of the website which helps in delivering a better user experience for the visitors.
Analytics
Analytical cookies are used to understand how visitors interact with the website. These cookies help provide information on metrics the number of visitors, bounce rate, traffic source, etc.
Advertisement
Advertisement cookies are used to provide visitors with relevant ads and marketing campaigns. These cookies track visitors across websites and collect information to provide customized ads.
Others
Other uncategorized cookies are those that are being analyzed and have not been classified into a category as yet.
SAVE & ACCEPT
Powered by